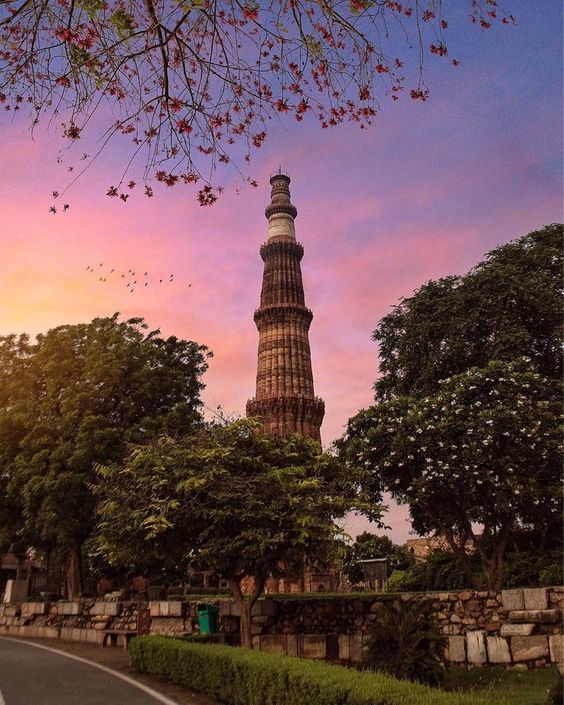 India is a rich historical land. There is a history hidden in every corner of India, which is not only a symbol of India's sovereignty and integrity but also a living example of India's culture. There are many such historical things available in India which reflect the glorious history of India. So, let's know about the top 5 historical places in India.

Taj Mahal which means "Taj of the Palace" is a white marble tomb (Marble Mausoleum) situated on the south bank of river Yamuna in Agra city, India. It was built in 1632 by the Mughal Emperor Shah Jahan in memory of his favorite wife Mumtaz Mahal (who ruled from 1628 to 1658).

Also known as Agra Fort, Red Fort, Qila-e-Akbari or Qila Rouge. Agra Fort is a huge fort located on the right bank of the Yamuna River in the city of Agra in Uttar Pradesh. Which is located about 3 kilometers from the world famous Taj Mahal. This grand structure was built in the year 1573 by the Mughal ruler Emperor Akbar. When Agra was shifted from New Delhi.

The Red Fort of Delhi is a historical fort in the city of Delhi, India. The Red Fort is a very special place for tourists in India. Tourists coming from other countries also like to see this fort of India. Talking about this fort, let us tell you that till the year 1856, this fort was ruled by the emperors of the Mughal dynasty for almost 200 years.

Qutub Minar is the world's tallest brick tower in Mehrauli, Delhi, India. The city of Delhi is called the heart of India. Many ancient buildings and heritage are located here. One of these old and special buildings is located in Delhi. Its name is Qutub Minar which is the highest tower in India and the world. Qutub Minar is the most special and famous tourist destination in India. Qutub Minar is in Mehrauli in the south of Delhi. This building is a very special part of Hindu-Mughal history.

Fatehpur Sikri is a city made mainly of red sandstone. Please tell that Fatehpur Sikri was founded in the 16th century by the Mughal Emperor Akbar. After this, it remained the capital of his empire for 15 years. This place included in the UNESCO World Heritage Site is a good example of Akbar's architecture.

Fatehpur Sikri surprises its visitors with its beauty, with Buland Darwaza, Salim Chishti's Tomb, Jodha Bai's Palace and Jama Masjid being the main attractions. Fatehpur Sikri is open for tourists from morning to evening every day except Friday.